In 2018 the Supreme Court took the historic decision to strike down the federal ban on sports betting, giving individual states the ability to legalise and regulate the activity.  The law that was struck down (Professional and Amateur Sports Protection Act – PASPA) had been in place since 1992.

When it was written into the law, the ban on sports betting was portrayed as a way to protect individual sports players and franchises from the perceived threat of match fixing and organised criminal gangs.

In the decades that followed, American sports fans were forced to watch as sports betting flourished around the globe. The sight of British, Canadian and Australian sports fans logging in to bet online and wager on NFL, NBA and MLB games adding salt to the wounds.

Thankfully much of that has now changed, with over half of American states offering legalised sports betting in one form or another. In this article we look to the future and analyse the likelihood of seeing more American states moving toward legalisation in the coming years.

Why was sports betting legalised in the USA?

To begin with, it’s important to understand why sports betting was legalised in the United States. It wasn’t because senators and congressman thought that the great American people deserved the freedom to be able to bet on their favourite sports.

It was because lawmakers, politicians and business people were well aware that Americans were engaging in sports betting regardless of the ban on it. According to official figures, Americans were wagering an estimated $50 billion to $60 billion illegally online every year.

That’s because doing so was easy. All that people needed to do was Google a sports betting company in Canada, the UK or Australia, open up an account and start wagering on their favourite domestic or overseas sports.

Financially this was seen as a huge drain to the American economy and with no possibility of policing the situation, law makers took the decision to strike down the federal ban on sports betting. That would allow states to wrestle back a chunk of that $50-60 billion and generate tax dollars from it.

Where is sports betting legal?

North Carolina and New Mexico both have limited sports betting offerings and the states of Maine, Maryland, Nebraska and Ohio have plans in the pipeline to open their sports betting markets this year.

What is behind the spread of legalisation?

As alluded to earlier, one of the main motivating factors for industry and government is to cash in on the financial opportunities that sports betting offers. Another factor behind the growth of sports betting is the sense of inevitability that surrounds it.

This has led to a growing public pressure in states like Texas, where sports fans see their nearest neighbours placing wagers when they cannot. Fans in these prohibition states are also seeing daily advertising and marketing for sports betting by their favourite teams, leagues and organisations.

In short, sports betting appears legalisation in the United States is like the boulder in the The Raiders Of The Lost Ark; it is picking up unstoppable momentum with every passing moment.  States like Texas can try to outrun it but eventually it will catch up with them.

Where that metaphor falls down is in the ending though, as what happens when the boulder cannot be outrun is not disaster. On the contrary, what awaits states that succumb to the momentum of legalised sports betting is a thriving industry that creates jobs and generates tax revenues.

Sports betting has been thriving around the globe for decades, but because of PASPA, the United States has been left behind. American’s are certainly making up for lost time, spending billions already with licensed and regulated domestic companies.

This is a trend that looks certain to continue in the coming years as more and more states come round to the prospect of legalised sports betting. It is now not outside the realms of possibility to see the USA topping the global sports betting markets after decades in the shadows.

Subscene Proxy site – Is It Safe for You to Download Subtitle from This Site? 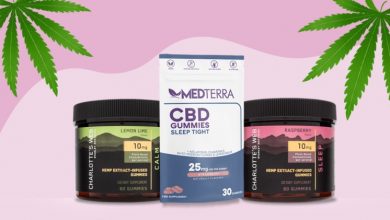 CBD Gummies for Anxiety: What Do I Need to Know?

IGF-1 – what’s all the rage about this chemical? 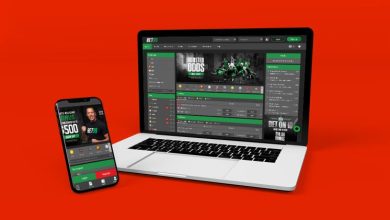