What is it like to live in New Zealand?

Are you thinking about changing your life and starting over in a new country with your family? New Zealand is a place extremely rich in natural beauty, its Maori culture is millenary and it is an alternative that is gaining great prominence every day. After all, it is in a continent that offers stability and several advantages, such as good employability, including for international students, and one of the highest minimum wages in the world.

In addition to these economic factors, another attraction is the climate in New Zealand, which is tropical, but pleasant for tourists and locals alike. It is still a country that serves as one of the most popular study destinations, such as business English, postgraduate studies, etc.

Therefore, in this guide we will show you what are the possibilities to live in New Zealand legally and directed to your profile. What about? Keep reading until the end of the post!

New Zealand has long been regarded as one of the best countries in the world for both visiting and living. It is the place that has one of the highest quality of life indices, as its HDI (Human Development Index) is one of the highest, and, together with Denmark and Finland, it is at the top of the annual ranking of the CPI (Index of Corruption Perception) as one of the most upstanding and corruption-free countries.

The country is located in Oceania and has about 5 million inhabitants between its two main islands (North and South), which are marked by natural beauty, volcanoes and glaciations. The large portion of the population is concentrated on the North Island, where the capital, Wellington, and one of the most sought after cities by exchange students is located – Auckland.

On the island on the south side is also located the city of Queenstown, which is known as the extreme sports capital of the world and which served as the setting for the films of the “Lord of the Rings” and “The Hobbit” trilogies.

New Zealand’s education system is among the best in the world and the NZQA (New Zealand Qualifications Authority) is the body responsible for overseeing public and private schools in New Zealand – helping to maintain a high standard of education, recognized by global level.

For exchange students, the country offers a network of assistance that guarantees safety for new students. The program is called the New Zealand Code of Practice for the Pastoral Care of International Students. 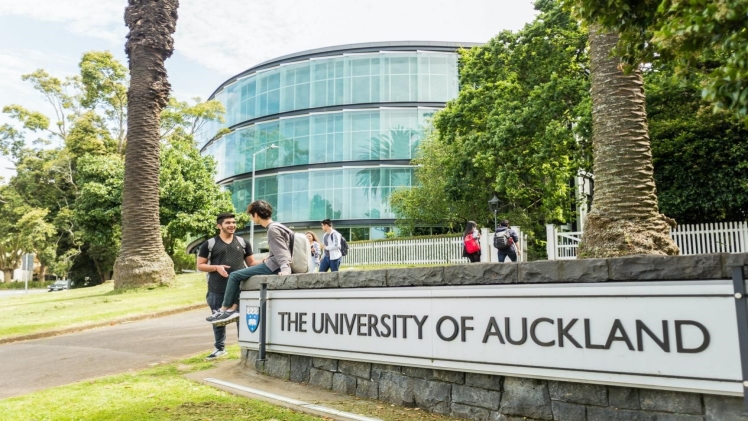 A few years ago, New Zealand – even being one of the best countries in the world to live in – was considered a distant country with an exotic culture for most exchange students and immigrants, as it ended up losing its prominence compared to the United States and with some destinations in Europe.

However, with the rise of the US dollar and the euro, this beautiful country began to gain a greater prominence on the route of international interest. It is currently one of the cheapest and most recommended places in the world to study English. Nowadays, according to Numbeo – a database that compares the costs of living between cities – the country has one of the fifteen best costs of living in the world.

Still on the cost of living in New Zealand, the average varies a lot from one city to another. Auckland, for example, is the largest and most populous in the country, and thus becomes one of the most expensive places to live. In a world ranking, the city occupies the 40th position on the list, out of a total of 452.

Also according to Numbeo, the expenses of a person in the city, without the rent, are around NZ$ 1,400.00. The average salary, however, is approximately NZ$3,850.

In Auckland there are different types of accommodation and rent is one of the most expensive expenses. That’s because one-bedroom apartments cost around NZ$1,200 to NZ$2,200 per month, depending on location.

Among the great cities to live in New Zealand, Christchurch shows a friendlier cost of living than Auckland and Wellington, but is still among the 100 most expensive cities in the world to live. The estimated monthly cost for a person in the city is around NZ$1,220.00. The average salary is around NZ$3,700.00. Rent in the region can also vary greatly, as in other cities: the minimum amount can be NZ$800.00, but it can also cost approximately around NZ$3,000.

In the city of Queenstown, which is best known as the extreme sports capital, the cost of living soars as a tourist destination. Every year, the city, which has about 18,000 inhabitants, receives more than 1 million tourists.

Within the big cities to work in New Zealand, the most common means of transportation is the bus. In Auckland, the central region can be explored on foot, however, its natural beauties are located further away from the city. Auckland’s prepaid transport card is called the ATHop card. It can be used in the various means of transport present in the city, such as buses, trains and some ferry routes.

In Christchurch, as the city is flat, in addition to public transport, a common means of getting around is cycling and walking. The place is full of bike paths, encouraging the increase of cyclists in the region. Now, for those who prefer to use public transport, you have the following options:

In New Zealand’s capital there are several public transport options. To pay for your ticket, you can use cash or prepaid transport cards.

Wellington’s buses connect the entire city, from residential neighborhoods to the commercial centre, as trains and ferries connect other regions. The city’s tram takes passengers to the Wellington Botanical Gardens – one of the most popular attractions in the area.

From one island to another, transport can be done via ferry, overlooking the natural beauty of the territory. However, for getting from one city to another, roads are the most suitable means – just remember that driving in New Zealand uses the English hand!

New Zealand has an exemplary public health system, with well-prepared hospitals and clinics and a network of highly qualified professionals to be able to provide care and support to the population.

Unlike in Brazil, the general practitioner is the professional who will always monitor your case. If a referral for a specific modality is necessary, the request must be made by it. In this scenario, the waiting time for assistance depends on the severity of your case.

With the completion of medical examinations, the situation is similar: the general practitioner must place an order and forward it to the laboratory. Furthermore, exams are only requested in cases that show an imminent need.

The drugs are subsidized by the New Zealand government, so they cost from NZ$0.00 to NZ$5.00 and the doctor will have to prescribe your prescription for purchase or collection at the pharmacy.

Encourage Your Students to Use These Tools

How to turn your passion for writing into a career

How to Get Workers Compensation E-Book?

Is It Worth Investing in Ethereum Classic Today?