You’ve probably heard of the skin disorder referred to as Psoriasis, which is pronounced with a silent “p.” It is an immune system chronic condition that can be extremely debilitating when cells accumulate on the skin’s surface, resulting in thick, red scaly patches. These areas may be irritating as well as uncomfortable. Psoriasis is surprisingly widespread, affecting up to 7.5 million people in the United States, with approximately 30% of those affected developing psoriatic arthritis.

Additionally, they are at a higher risk of developing other chronic diseases such as eye problems, type 2 diabetes, heart disease, and/or hypertension – not to mention the psychological impacts.

What Vitamin Should Psoriasis Patients Take?

Vitamin D is the vitamin in question. If you have psoriasis, it is more critical than ever to get your vitamin D levels checked to ensure that you maintain levels of at least 50 to 70 ng/ml throughout the year. According to studies, a large proportion of people with psoriasis are vitamin D deficient.

Vitamin D is believed to have a number of effects on psoriasis:

How To Increase Your Vitamin D Levels

Ideally, the best way is through sunshine – often and between the hours of 10 a.m. and 2 p.m., exposing as much skin as possible to sunlight until it turns pink and without using sun lotion. When exposure to sunshine is not possible, such as during the colder winter months, supplementation with high-quality vitamin D3, a healthy fat (e.g. coconut oil or butter), and a dosage of vitamin K2 to enhance absorption is the next best thing.

Vitamin K2’s biological function is to assist calcium in moving to the appropriate places of your body; without adequate levels, calcium can build up in areas such as your arteries and soft tissues. Magnesium is also critical, as it activates enzyme activity that aids your body in utilizing vitamin D. As is the case with vitamin D and K2, magnesium shortage is prevalent, and one approach to supplement magnesium is with Epsom salts baths. Adults, according to GrassrootsHealth, require approximately 5,000 to 8,000 IUs of vitamin D3 supplements per day to achieve a blood level of 40 ng/ml. If you can reach a higher altitude, all the better.

Your level should ideally be between 70 and 100 ng/ml, or almost double what is considered “normal.” Unfortunately, vitamin D insufficiency is widespread around the world – even in sunnier regions. The darker the skin, the less vitamin A the skin absorbs, and as we age, we absorb less vitamin A. Consider joining the D*Action Project if you’re interested in having your vitamin D levels tested at home.

Genetics is a well-known cause of psoriasis.

A third of all psoriasis patients will have a family history of the disease.

If one parent has the disorder, the child’s chances of developing it are one in four.

These odds increase to two out of every three offspring if both parents have psoriasis.

Psoriasis can be exacerbated by throat infections, particularly streptococci.

Trauma or itching may exacerbate the problem.

Certain medications can initiate psoriasis or intensify it if it is already present.

As is the case with many other disorders, stress can have a detrimental effect on psoriasis.

Alcohol consumption should be kept to a minimum for persons with psoriasis.

While smoking is obviously harmful to anyone, it can exacerbate psoriasis on the hands and feet.

THE MEDICINAL USES OF TESTOGEN, AS WELL AS ITS POSITIVE SIDE AND EVALUATION OF THE EFFECTIVENESS ACCORDING TO THEIR MAKERS 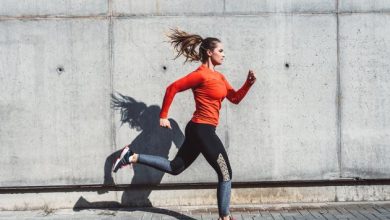 Growing Matters: 8 Veggies to Grow in Your Garden

Keep Your Skin Healthy This Winter!