These Industries Are Skyrocketing in the US

Every new year brings new opportunities to the marketplace. Over the last year, we’ve witnessed some startling growth in a few unique sectors. It’s fascinating to watch industries change with the coming trends and adapt to the needs of consumers. These are some of the industries that are taking off in a massive way in the US, and some around the world as well.

Sports betting is an interesting industry that is rapidly expanding in the United States. While in the past it had primarily been contained to just a few areas, namely Las Vegas, it has since become legal in many states after a wave of pro-sports betting legislation. Now, it seems like there is a race between the individual states and companies to take advantage of this new gold rush.

As of now, the sports betting market is somewhat fractured. Each sportsbook has the states it operates in, and different promotions it offers. For instance, the Borgata sportsbook is one example. When you refer to an online Borgata sportsbook review, you can see that the platform currently only serves the New Jersey market. Every year, more states in the US legalize sports betting, meaning that there are more potential markets to push into. These sportsbooks often must decide if they want to cater to as many states as possible, or focus their efforts and offerings on one particular state.

Thus far, New Jersey is one of the biggest states for sports betting in the US. In December of 2020, the state brought in nearly $1 billion dollars in bets, for a total of $6 billion for the year. This means millions of dollars in tax revenue every year for New Jersey. Presumably, even states that historically have taken a long time to adopt new trends, like California and New York, will also have to jump on this thriving new market.

The last few years have been immensely transformative for the ecommerce industry. Sure, the industry has been growing exponentially every year for the last decade, but the last few years have really put an exclamation point on it. Even traditional brick-and-mortar businesses have started to focus their efforts more on ecommerce as they understand that this is not a trend that is going away. The total ecommerce sales worldwide reached an astounding $3.5 trillion in 2019.

While ecommerce is now a permanent fixture in daily life, it is still evolving in many ways. One way is that there are new products being sold online that previously seemed incompatible. Groceries are a big portion. Just a decade ago it would have seemed impractical to order your groceries online and yet, it is becoming more common every day.

The methods we are utilizing are changing too. Mobile apps and social media platforms are rapidly changing the ecommerce field. Instead of searching for the website or product directly, customers are often coming from a third party. This has many implications, especially for the way customers are marketed to. The world of ecommerce is fascinating and still changing rapidly.

The market for plant-based meat substitutes has been steadily growing for seemingly decades. However, in the last five years or so has it really taken off and is building quite a market around itself. In 2020, the global market for meat substitutes was worth almost $21 billion dollars, and it is expected to rise to almost $25 billion by 2024.

So what is driving this trend? There are a few companies in particular that can be attributed to this recent growth, namely Beyond Meat and Impossible Foods. These companies have come and made it trendy to try out these new products, as well as using some clever bargaining to get their products in places like Burger King.

Older companies have also taken notice, and are jumping on the trend. Tyson Foods, Kelloggs (through their Morningstar brand), and many others are pushing more resources into developing their plant-based offerings. While there is enormous potential here, there are still many obstacles to overcome along the way. Outside of the US and other western markets, adoption has been very slow. It’s hard to change the habits of consumers, though attitudes towards these new products are changing with time. 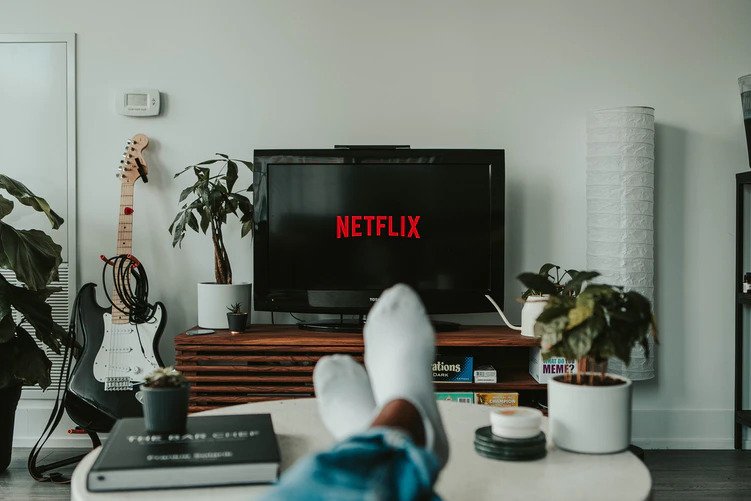 As far as emerging technologies go, streaming is certainly having its moment. The global video streaming market was valued at $50 billion in 2020, its highest evaluation ever. It is poised to grow year after year as the technology behind it becomes more advanced.

Netflix may be the first streaming service that customers think of, but there are surely many more. Aside from this video streaming service, alternatives like Hulu, Disney Plus, and HBO Max are also popular options. Then there are platforms like Spotify specifically for music. Of course, a platform like YouTube has numerous different utilities, and there are options like Twitch for video game streaming. Clearly this industry is growing at an alarming rate, but what are some of the foundational factors involved here?

For starters, internet technology as a whole is becoming faster than anyone would have thought possible just two decades ago. With the newest evolution in 5G becoming widespread, we are about to see things take off in a big way. Mobile devices are also playing a huge role, especially in developing nations. Manufacture of smartphones has become so cheap that developing nations have access to these devices even if they may not have PCs or laptops. Even social media platforms like Facebook, Instagram, and Snapchat all have their own forms of streaming.

It is a clear trend in the US that people are becoming more health conscious. Both for themselves, and the environment. Many consumers today are pushing for ecological change, with the understanding that there is a better way to meet all of our energy needs. The alternative and renewable energy sector is one that is poised to be massive in the coming years.

Renewable energy sources are things like windmills, hydroelectric power, solar power, and other “green” options along these lines. Since at least the year 2000, this industry has been rising to meet the increasing demand of consumers and many governments. With tax breaks and other incentives, this is an attractive industry to be a part of for investors, and there are seemingly thousands of jobs being created every year on another positive note. This is one sector that surely has not seen it’s peak yet.