The disability community in the US has been actively fighting for their rights to accessibility long before the Americans with Disability Act (ADA) was signed into law. However, ADA compliance is something that started going mainstream in the past few decades, with the corporate world, as well as local, state and federal governments at the forefront. In Australia, a similar range of disabilities are covered by the nationwide NDIS initiative that has over 400,000 participants living with disability in Australia. A provider in NDIS Cairns, says the NDIS scheme in Australia is following a similar digital trend with the digital age extending its reach to remote communities, but also creating a new world that requires its own accessibility regulation.

ADA compliance in and of itself has made huge strides and milestones in the past couple of years. Today, 99.99 percent of businesses are required [by law] to be compliant with ADA regulations. They have to ensure that their facilities and services, including digital assets (website, software, mobile apps, etc.), are accessible to all.

For smart businesses, however, ADA compliance is no longer just about accessibility; it can also make a huge difference for the company’s reputation, customer acquisition, and bottom line. According to Digital Authority Partners, ADA lawsuits can attract fines of up to $75,000 for the 1st offense alone.

In this explainer article, we are going to walk you down the timeline of ADA compliance evolution. We’ll cap it off by telling you what ADA compliance means in the digital age – why every aspect of your business, including its website, should be ADA compliant.

Before ADA Was Passed

The fight by Americans with Disability community for their rights to accessibility has a lengthy and colorful history, but here are a few historical highlights in the pre-ADA era:

1972 – All children, no matter their disability, are guaranteed the right to free public education thanks to the famous Mills vs. Board of Education ruling.

1973 – The Rehabilitation Act (1973) is signed into law, becoming the first legislation to protect the civil rights of the individuals with a disability. Discriminating against anyone on the basis of disability is deemed a criminal offense under Section 504 of the Act.

1975 – The Education for All Handicapped Children Act (1975) is signed into law, prohibiting exclusion of disabled kids from attending public schools. The act also requires school districts to teach and offer special services to kids with disabilities.

1988 – The Tech-Related Assistance Act for Individuals with Disabilities is passed into law. This made it possible for state initiatives designed to help provide better access to Americans with a disability to be funded by the federal government.

The Birth of ADA Compliance

Rep. Fish, Rep. Coelho, Senator Durrenberger, and Senator Harkin, all of whom members of the 101st Congress, introduced the revised ADA in 1989. The same year, this revised accessibility rights legislation was then passed by the Senate, garnering 76 against 8 votes. The following year, the Americans with Disability Act (ADA) was ratified by the house and ready to be signed into law.

On July 26th, 1990, then-President George H.W. Bush signed the ADA into law, marking a new era in ADA compliance. The signing made ADA the most eclectic piece of legislation designed to protect the civil rights of Americans with the Disability community.

In 1992, Title I, Title II and Title III of the Americans with Disability Act came into force. A year later (1993), Title IV of the ADA followed suite.

1998 – The Rehabilitation Act of 1973 Amendments are signed into law by President Bill Clinton. These amendments essentially strengthen Section 508 of the ADA. More specifically, the US Federal government’s electronic and information technologies (read: government software, websites, etc.) are required to be accessible to all. Of more importance is that these amendments formed the foundation of today’s ADA website compliance.

2006 – The NFB (National Federation of the Blind) files a lawsuit against giant retailer Target. The NFB claimed that Target’s website wasn’t accessible to members of the blind community. More crucially, Title III of the ADA is for the first time interpreted as applicable to internet resources and websites.

2008 – ADA compliance is reviewed after the passing of the Americans with Disabilities Act (ADA) Amendments of 2008. In short, the amendments broadened the definition of who is “disabled.”

2010 – This is the year ADA compliance made its way into the online video segment. Following the signing of the 21st Century Communications & Video Accessibility Act (CVAA) into law, it was required that all online videos be captioned before being posted for public access.

2014 – Netflix was sued for ADA non-compliance. The ruling made it clear that Netflix and other internet-only companies are also subject to ADA compliance.

2016 – ICT Refresh for Section 508 of the ADA is approved by the United States Access Board. In essence, the approval recognized WCAG 2.0 (Web Content Accessibility Guidelines) as the standard for ADA website accessibility.

On January 18th, 2018, ADA compliance is made mandatory and applicable to just about any website. This means that all websites must adhere to WCAG 2.0 standards.

What Does ADA Compliance Mean to Businesses in the Digital Age?

Right off the bat, it’s crucial to remember that not complying with ADA website regulation is against the law. The ADA, its members or the DoJ can slap you with a huge lawsuit if your digital business is found to contravene ADA website accessibility regulations.

Of course, there are plenty of other solid reasons to make your website ADA-compliant. For starters, it is the right thing to do. And if that’s not good enough, remember that one in 5 Americans has a disability. So, if your website isn’t ADA compliant, then you’re simply ignoring over 20 percent of the US population. That’s absurd, to say the least. Not sure where to start with ADA website compliance? Check out this list of consulting companies that can help you figure out next steps. 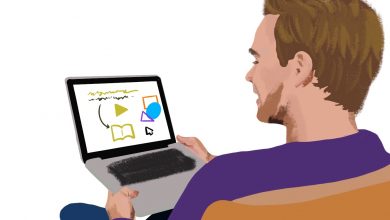 From TV to Console – Best Video Games Based on TV Shows 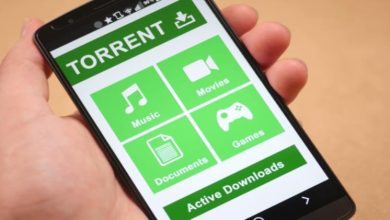 What are Torrent Files and why do you need them? 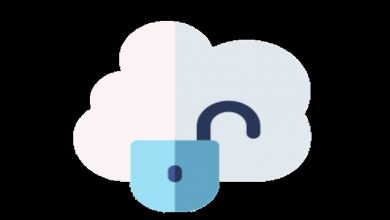